Our Trip to the Pumpkin Patch 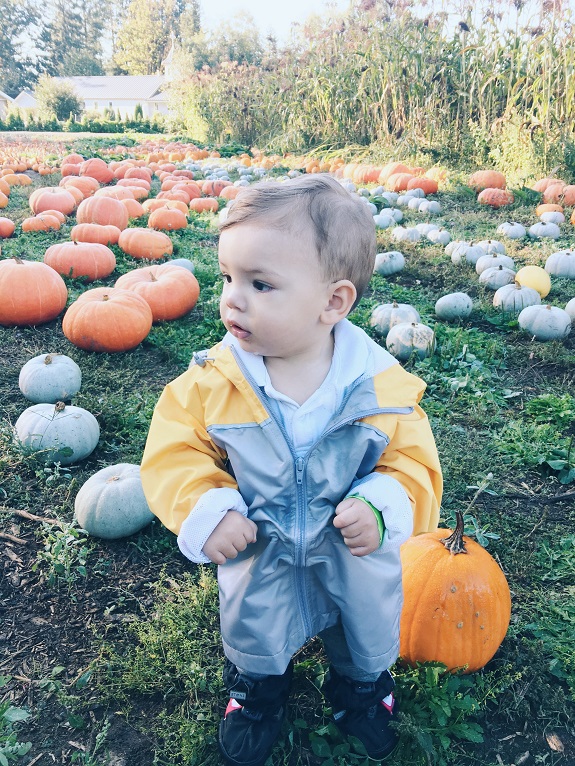 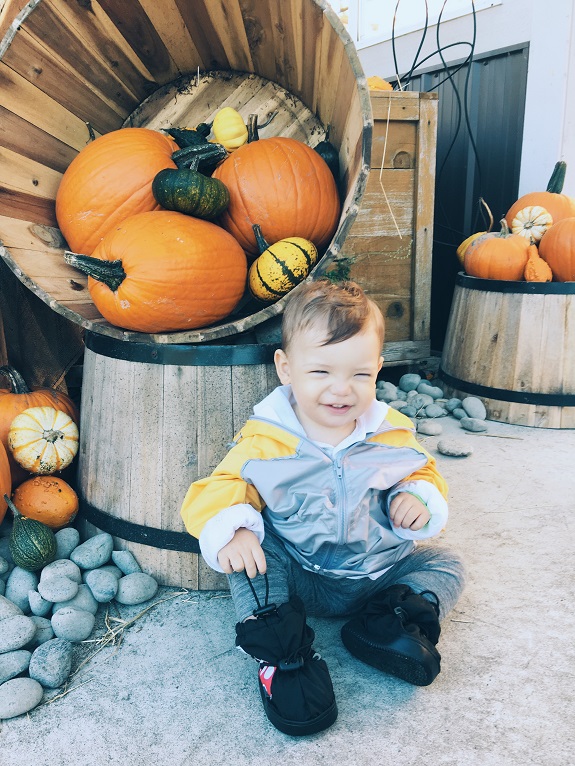 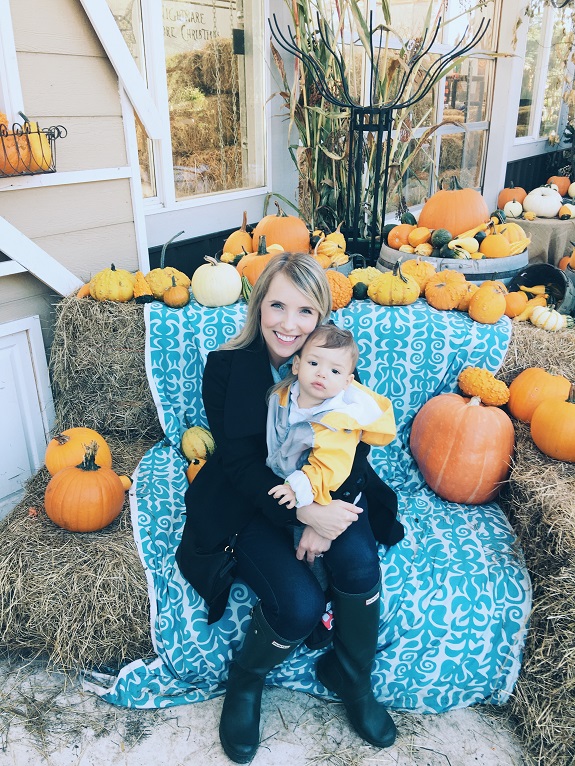 You guys, we did it. We visited a pumpkin patch. I hadn't been to one before, at least in my adult life, and I was pretty convinced I was going to get kicked off instagram. If you don't go to a pumpkin patch in the fall do you even belong on social media?

I didn't go for me (and instagram) though, I went for Thomas. It turns out a 15 month old doesn't really care less about a pumpkin patch and it was all about me watching him stand amongst the pumpkins so really, I did go for me.

We went with some of Thomas' little daycare friends and my gosh was it adorable. He (I) picked out a little pumpkin that he (I) will carve. It was honestly the sweetest little day. All of this has made me really excited for Halloween and the realization that it's Thomas' second Halloween is hitting me. His SECOND! He's been around long enough to experience two of something. I was about to go on a rant about how time flies but I've said that enough over the last year so I won't. But seriously, time is flying.

Can we also take a second to talk about Thomas' little boots? I searched and searched for boots that would fit his chubby little feet and calves but I had zero luck. I would have to size up to the point that he couldn't walk in order for the boots to be wide enough for his feet. A friend recommended these boots by Stonz Wear because they are so adjustable. I'm sure they are available at children's stores but I didn't have time so search so I just ordered them online. The bottom of the boots are softer than I expected but he seemed to figure out how to walk in them pretty quickly. They stay on his feet with no problem and getting them on is super easy unlike the time I attempted to get his rubber boots on him and I literally broke out into a sweat. Anyways! Just in case you are on the hunt for a pair of boots for your chubby calved toddler, I wanted to mention that I'm happy with these! They are a little pricier than I would normally want to spend on shoes for him but these will easily fit him next year as well so I thought they were worth the money. (Thomas wears size 3 shoes and I ordered a medium in these, for reference).
Posted by Melissa at 10/16/2017