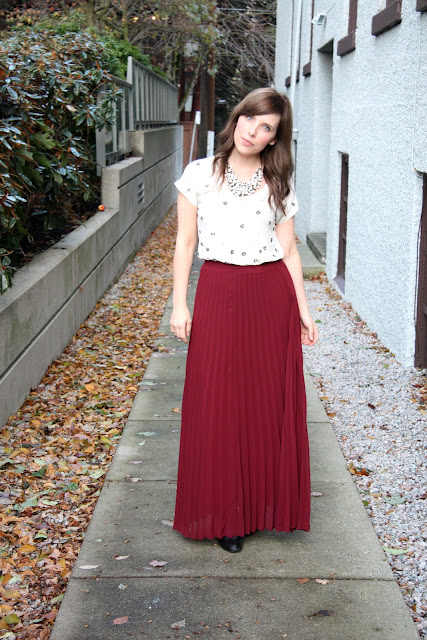 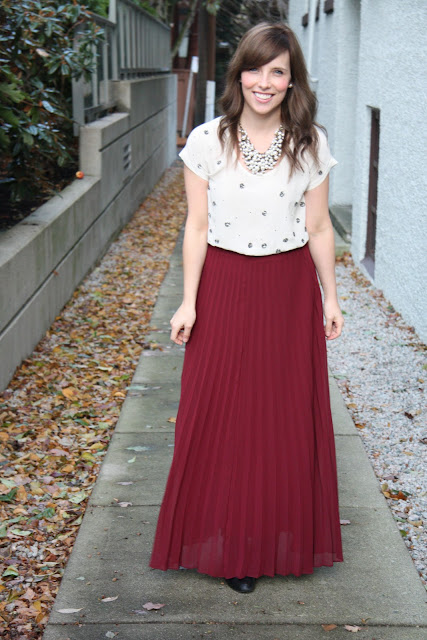 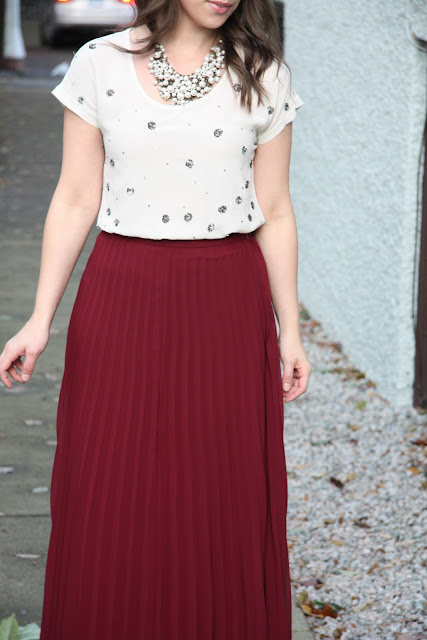 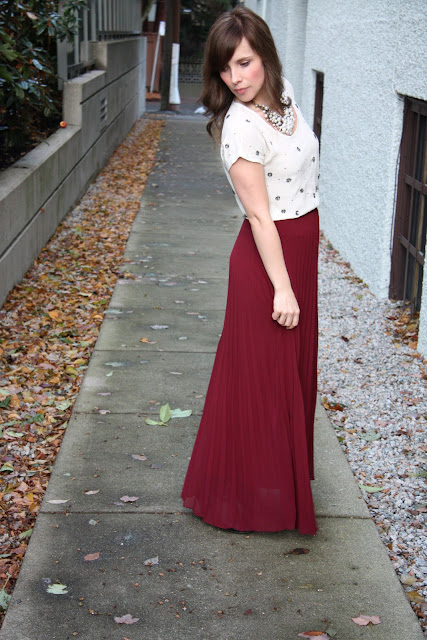 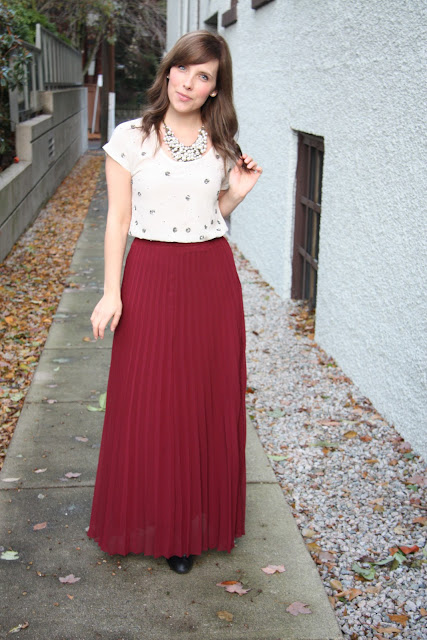 {wearing: club monaco blouse, le chateau skirt, zara boots, f21 necklace}
photos taken by Cara
One of my favorite things to do when I'm alone* is to put on music really loud and dance around like an idiot. I used to do this all the time when I was a teenager and last night I decided I was tired of being an adult so instead of doing anything productive (ie, dishes or laundry) I danced around. At one point I did attempt to do some laundry but it turned into more of a trying on clothes/dancing session which became counter-productive as most of the clothes I tried on were originally hung up and then ended up on the floor. 15 year old Melissa would have been proud.
(*I use the term "alone" really loosely because sometimes my friends and family are there when I have dance parties. I'm pretty convinced the faces they maks while I'm dancing are because they are jealous of my kick ass dance moves)
Posted by Melissa at 12/07/2011